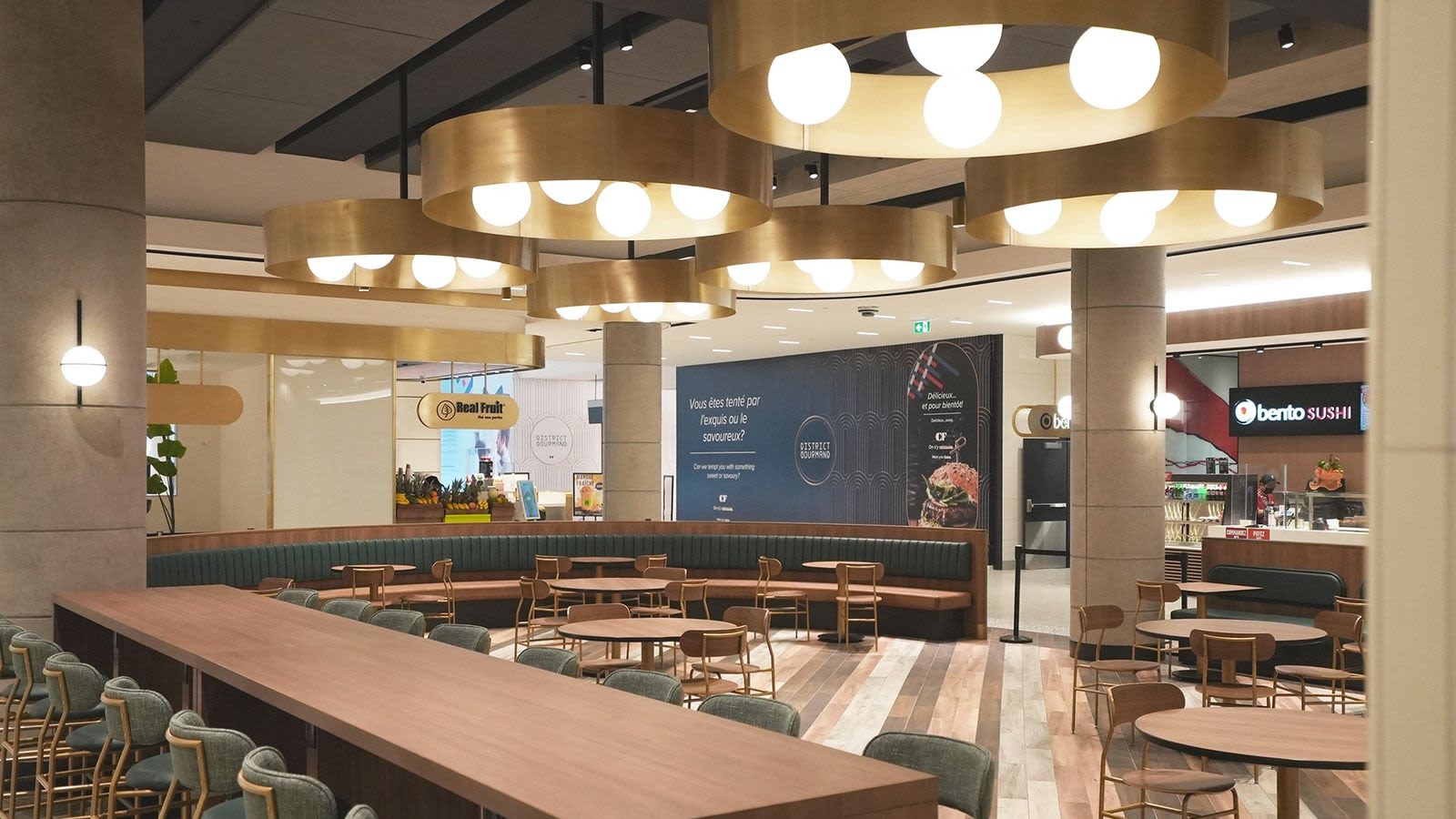 The wait is over and we are excited to reveal our new look! We have redesigned and renovated to enhance your shopping experience. The new contemporary design can be seen throughout the centre including our common areas, elevator, and new stairs to the second floor.

The new District Gourmand is an upscale space, with an open concept contemporary design, allowing retailers to showcase their brand and offerings in an exciting new environment. The space officially opened to the public on Thursday, April 1 and the dining hall will welcome eateries and restaurants throughout the month and into 2022.

Lucille's Oyster Dive has been serving up oysters and seafood classics since 2009. The trendy restaurant provides patrons with classics including lobster rolls, fish & chips, and its in-house, dry aged and charcoal grilled steaks have made this dive a destination for foodies.

Two additional restaurants will be announced in the coming weeks.

In alignment with Cadillac Fairview’s national sustainability program, Green at Work, CF Fairview Pointe Claire is pleased to partner with Solucycle, a Quebec-based company offering an innovative solution for food waste management and recovery. Through Solucycle, and in combination with waste sorting stations offered in the District gourmand, food matter is sorted and collected from retailers throughout the centre converting it into biogas to be transformed into renewable natural gas following the principles of the circular economy.

The next phase of the overall redevelopment plan will introduce the first Simons location to the West Island in Spring 2022. Simons will move into the space formerly occupied by Sears located at the western end of the property on the second and third floors, with the ground-floor space being home to the new District Gourmand.

In Fall 2021, Dollarama and Linen Chest will also make their debut at CF Fairview Pointe Claire moving into the space formerly occupied by the old food court.

The ideal combination of best-in-class retailers and a vibrant setting has made the centre one of the premier retail destinations in the region. The centre will also become a major anchor in redeveloping the adjacent vacant lands into the new city centre of Pointe-Claire including a new REM station and bus terminus providing adjacent access to public transport.

See what awaits you and rediscover your CF Fairview Pointe Claire today! #MeetYouThere

We are open and we can’t wait to see you here, safely!

New store location for B2!

B2 has moved to a brand new location